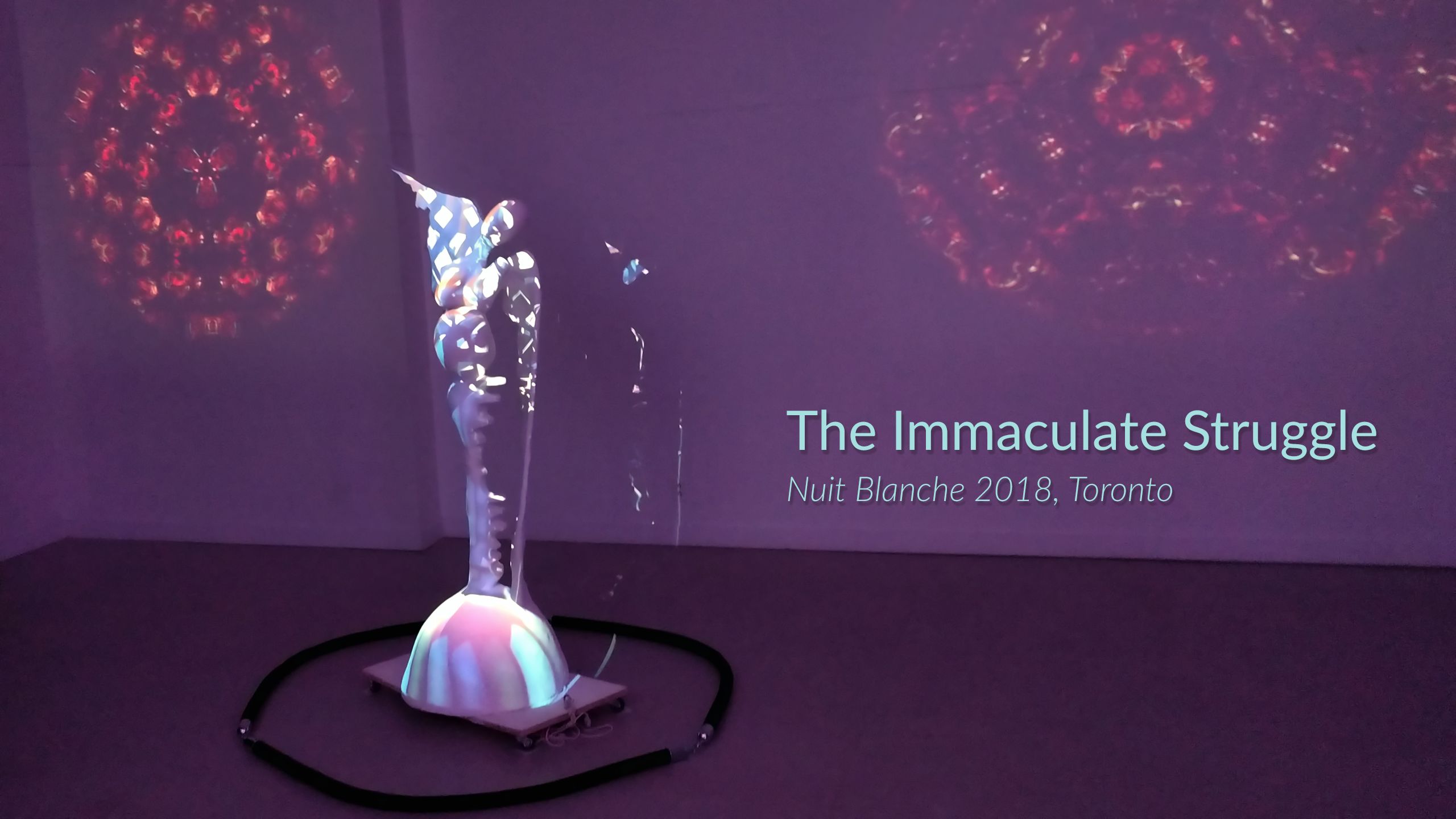 Struggle is synonymous with life. Our goal with this transmedia project was to express struggle both as that which pushes us forward and also pulls us back; a state of conflict within which we exist as humans. Our struggles scar us but they also reveal us, help us grow and excel, and bring us to freedom.
This installation is inspired by the “Precipice” music score by Erica Procumier. The music aroused different emotional responses such as sadness and hope, excitement and disappointment, pain and power, birth of life and the last breath.
The sculpture represents the rooted reality of existence, as manifested by the pregnant winged creature. The wings represent the ability to spread them to grow and soar, while also to close them and protect ourselves and the ones we love. It also represents shows how circumstance can clip them and drag us down.
The projected visuals represent the different stages of human life – from inception to death and the journey along the way.
The mandalas represent the concept of the universe. Even though they are rooted in South East Asian cultures, they embody a universal sense of order as well as chaos, of material and non-material realities that form the circle of life and the relation of humans to the universe.
Details:
– The mandalas were procedurally generated based on the soundtrack
– The sculpture was made of plaster, metal armature and foam
– The projection mapping was built based on a 3D model of the sculpture and projected based on those dimensions 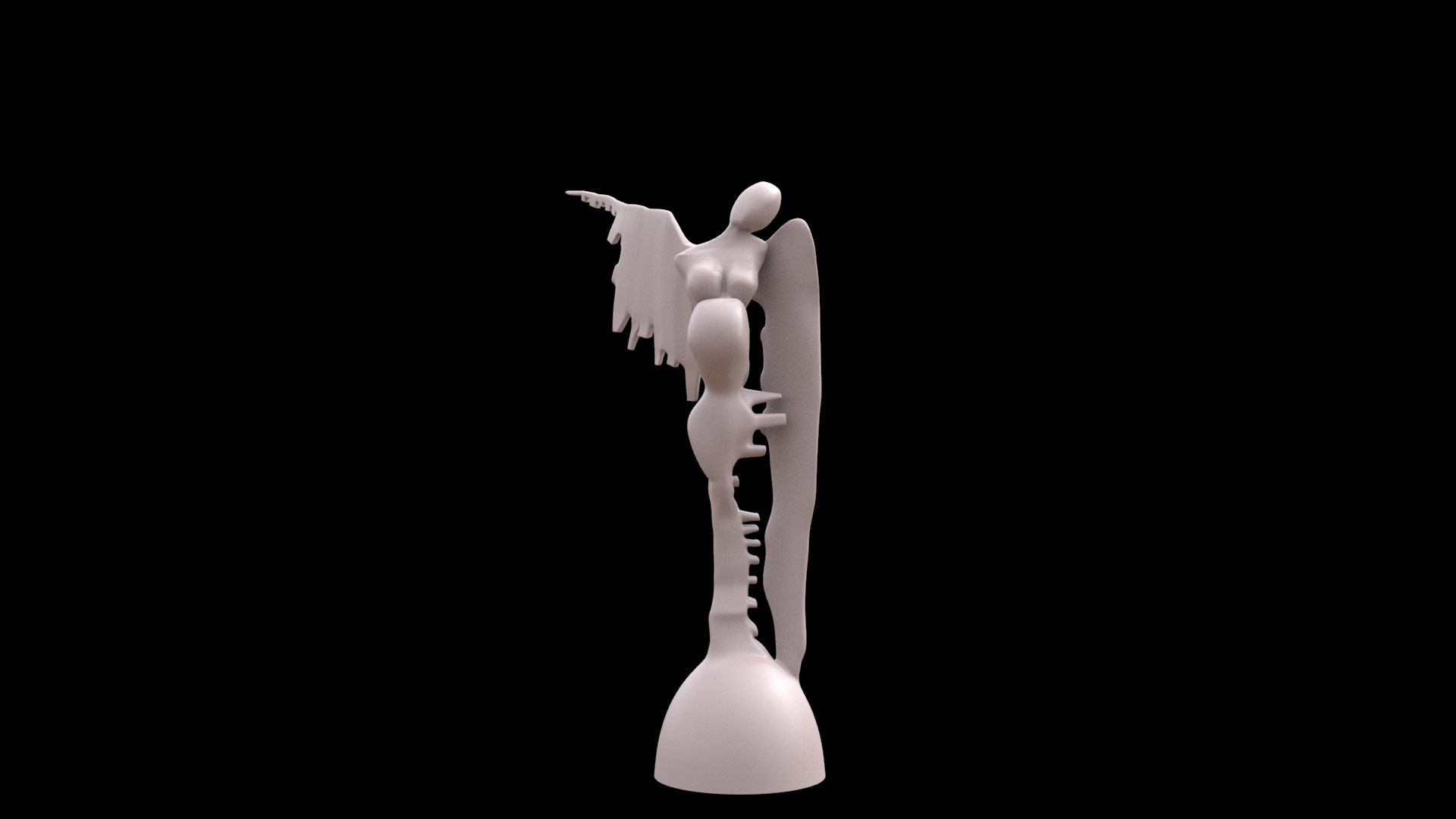 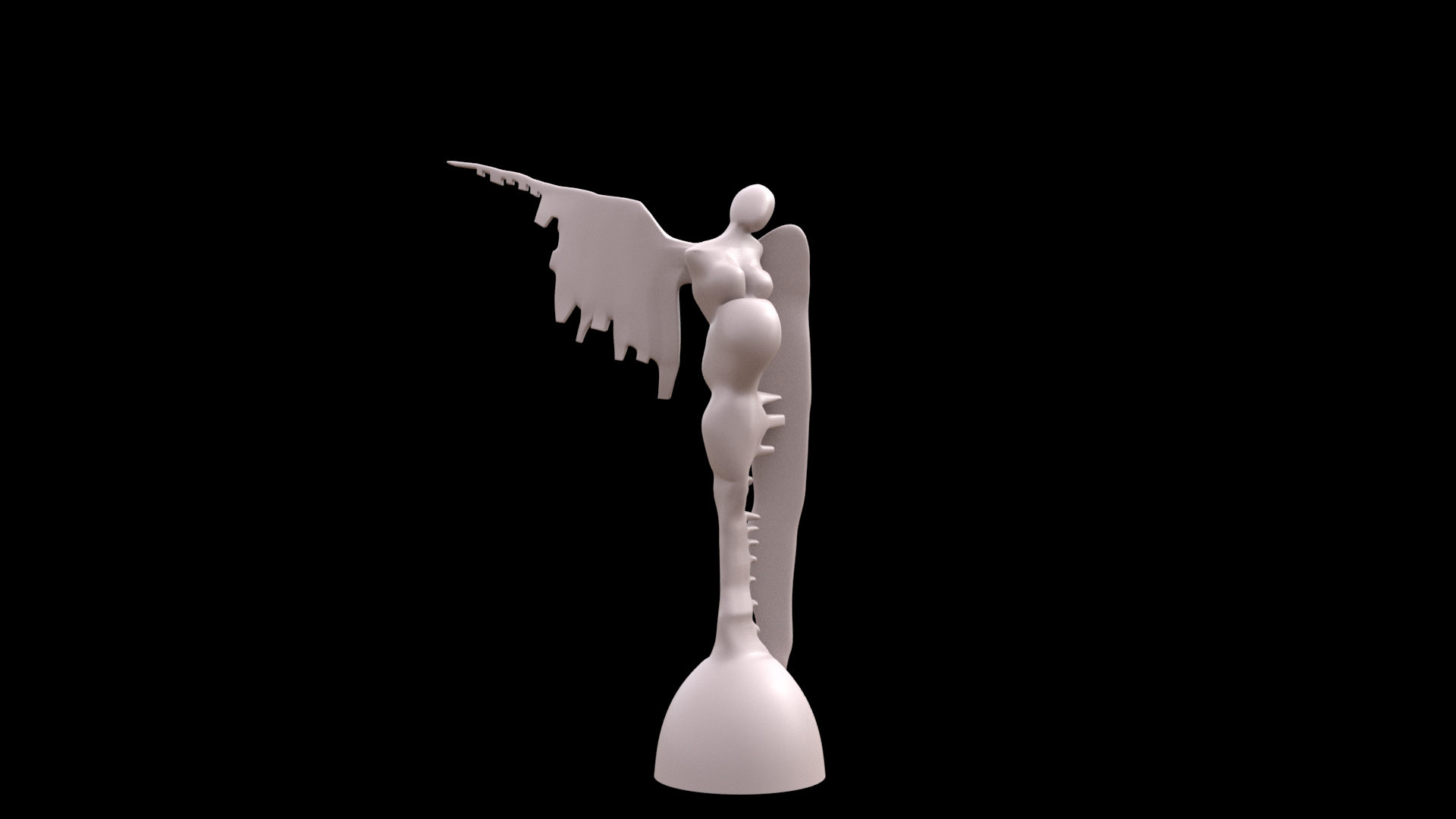 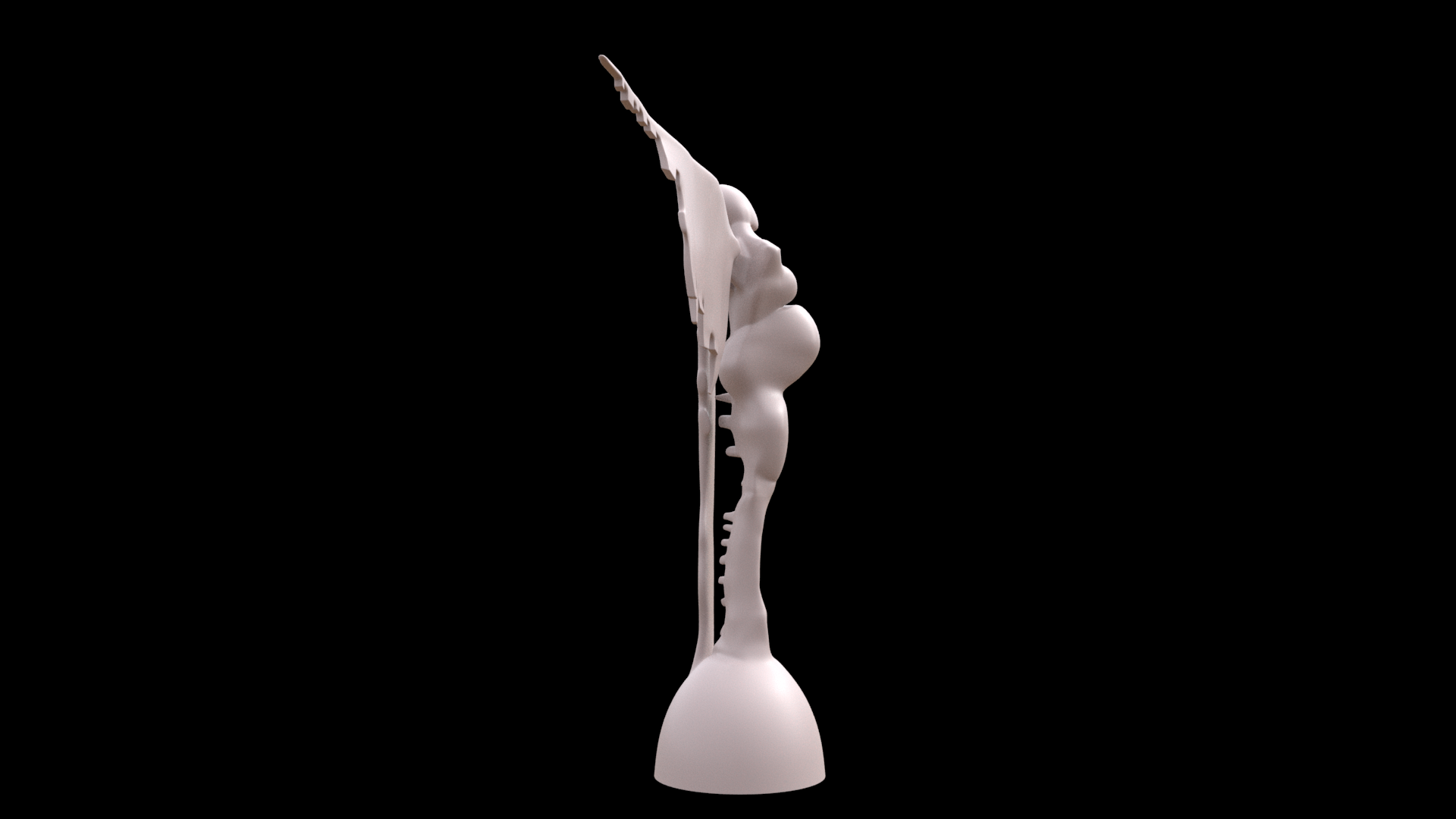 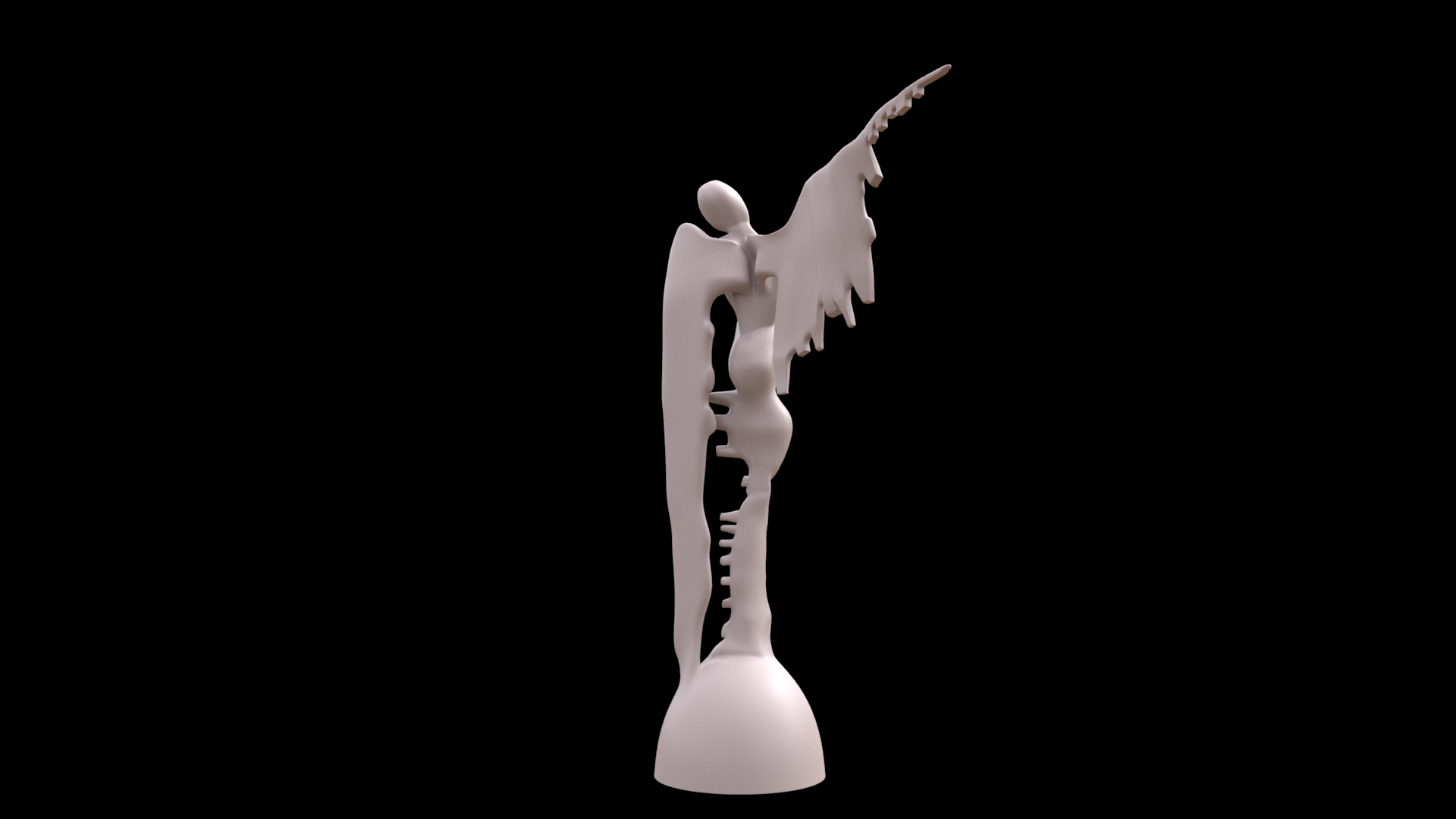 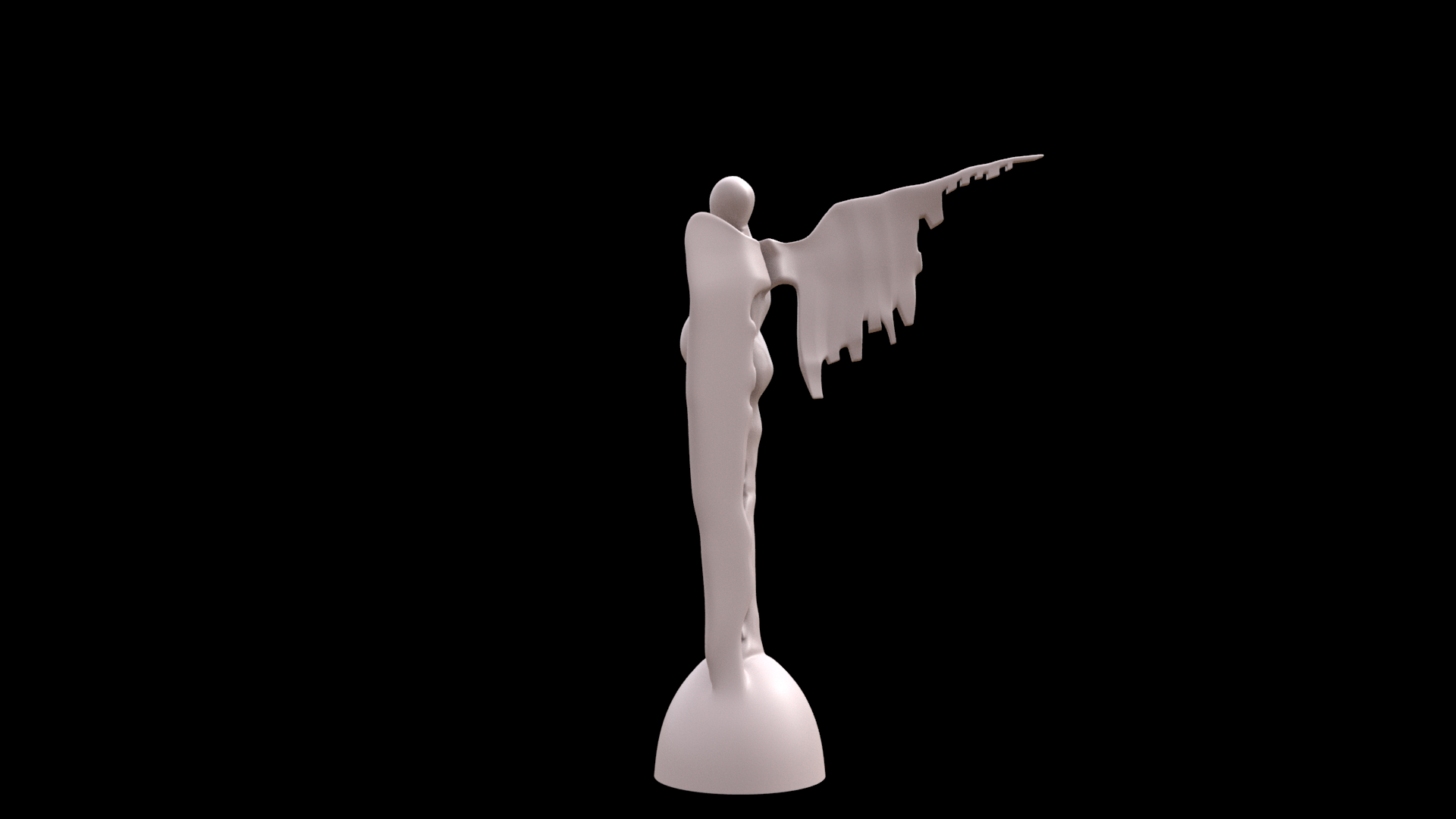 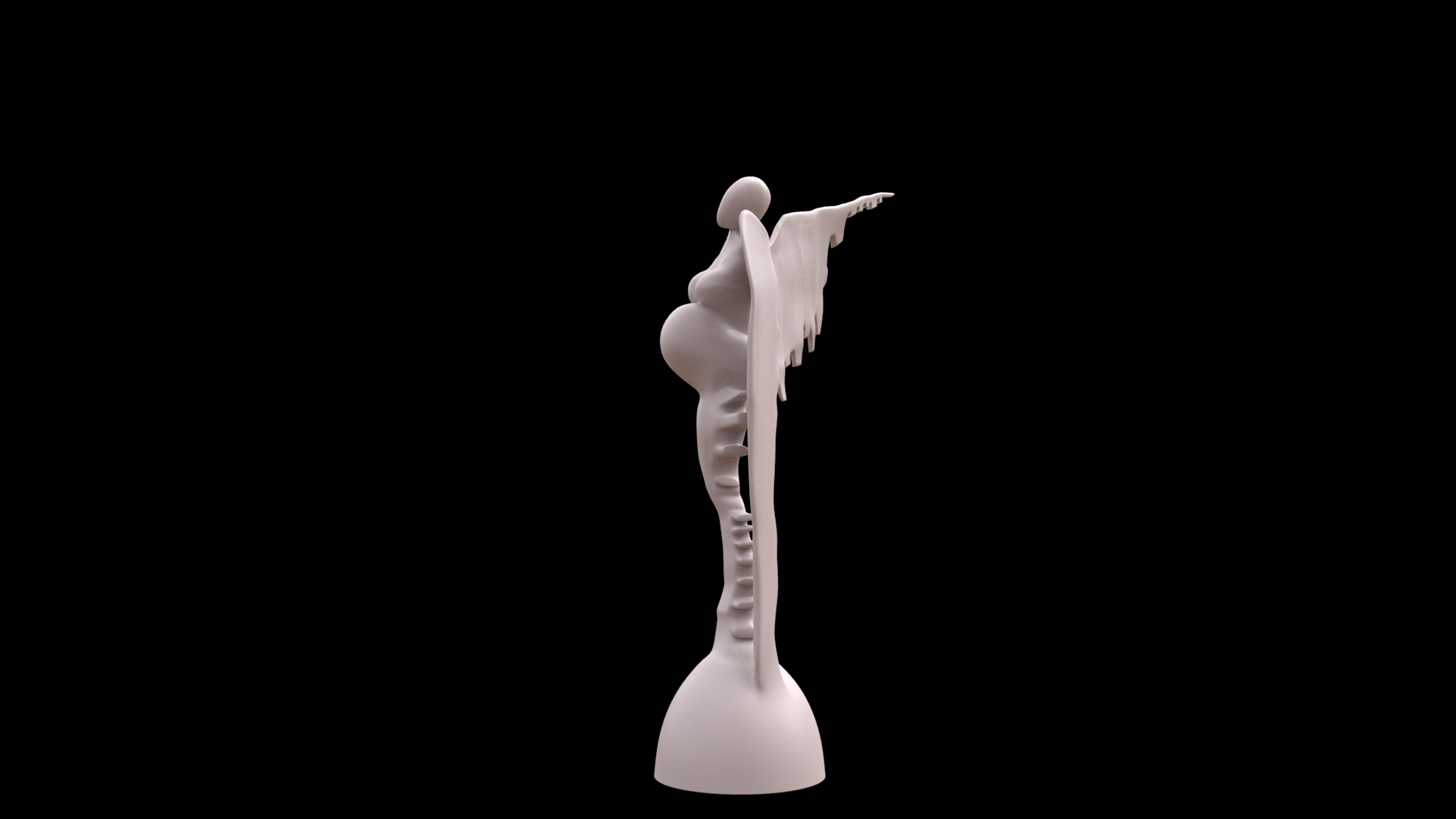 Renders from the 3D model.
3D model of angel with texture mapping.
Animated mandala with original soundtrack.
Video from the installation at Nuit Blanche, 2018 in Toronto, Canada.